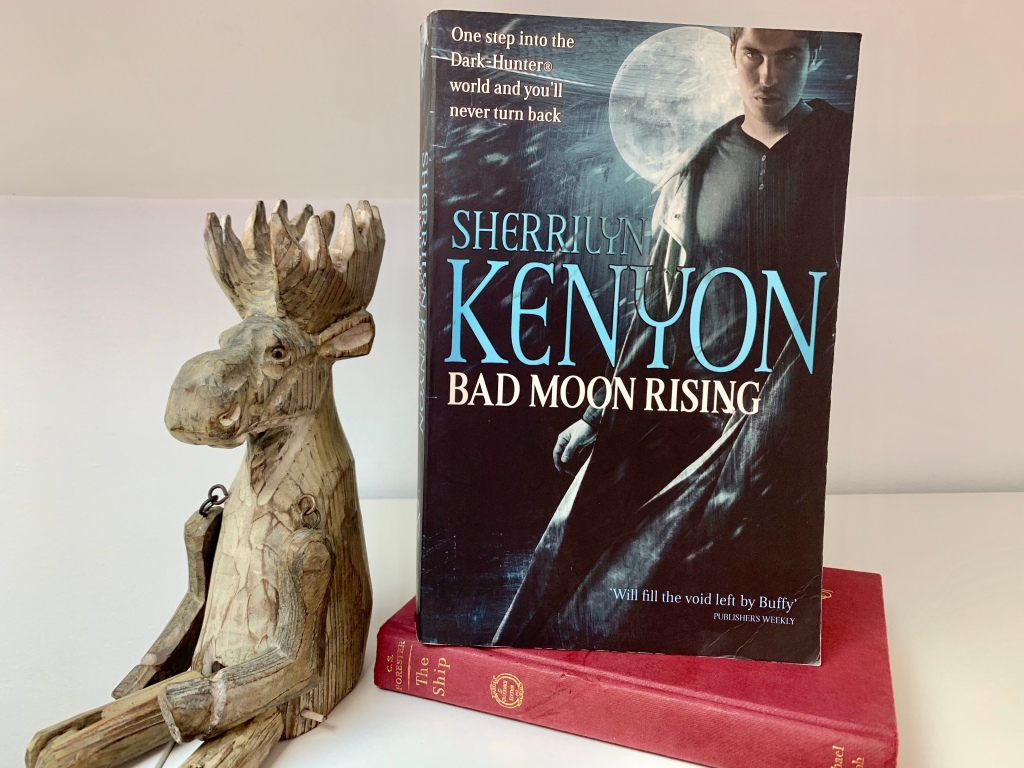 If you’re one of those poor souls that hasn’t yet had the pleasure of entering the Dark Hunter universe, my sincere condolences and I hope you remedy this sad state of affairs soon enough. Go here and have a nosey around – then head to the book depository and buy the first one, go on, it’s the best decision you’ll make this year until you buy the second one and so on!

This is the 14th installment in this series and I have to say Kenyon gets better with every book. The first one, the second, third, were each… Unique in plot and idea however there was a formula. Perhaps Kenyon realized this as the fourth was quite a bit different and from there on the universe has developed into a force – a phenomenon – to be reckoned with. The characters, the story and the lore has gotten tighter and more and more intriguing with each novel.

What I can disclose with confidence. There are to be four main characters. Acheron, Savitar and Jaden being three of those. There is a fourth whom we are yet to meet – but who will no doubt rock my pants, ahem, our pants off. To tell the story of each of these characters we have people within their inner circle who are each given a novel. I think we had something like 11 or 12 books between the initial Dark Hunter novel and Ash’s book. Each book in between reveals a little more about Ash as well as moving the story forward.

The Dark Hunter were just the tip of the ice berg – we now have demons, arcadians and katagria to play with. What began as a feud between Artemis and Apollo (yep, of course the Greek gods started it all!) has now begun taking a darker turn with several things we knew about the universe being called into question…*Darth Vader music*

Bad Moon Rising tells Fang’s story. Ok so the name’s could have been a little less, cliche, but considering Fang is a kind of werewolf (things are always more complex than that in the DH verse) who has brothers Fury and Vane… Shh about the names. And he falls in love with a bearswan – one of the most vicious and lethal creatures in his world, not to mention a race his cannot mate with. And so the saga begins… With consequences for everyone.

Honestly? This won’t make a whole lot of sense if you’ve not read at least a little of the DH verse. If you have, this book will turn your whole world into one big question mark and then some. This is great fantasy fiction, a fun and thrilling diversion from the repetitive vampire and angelic fiction that is popular right now.